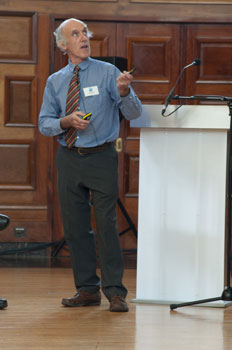 The journal, Global Change Biology (GCB), has announced a paper, lead by SAHFOS Researcher Professor Chris Reid, was one of their most downloaded in 2016.

The paper documents a range of associated events caused by a major step change, or 'regime shift', in the Earth's biophysical systems, from the upper atmosphere to the depths of the ocean and from the Arctic to Antarctica, which was centred around 1987, and was sparked by the El Chichon volcanic eruption in Mexico five years earlier.

It has already been cited by 30 papers.