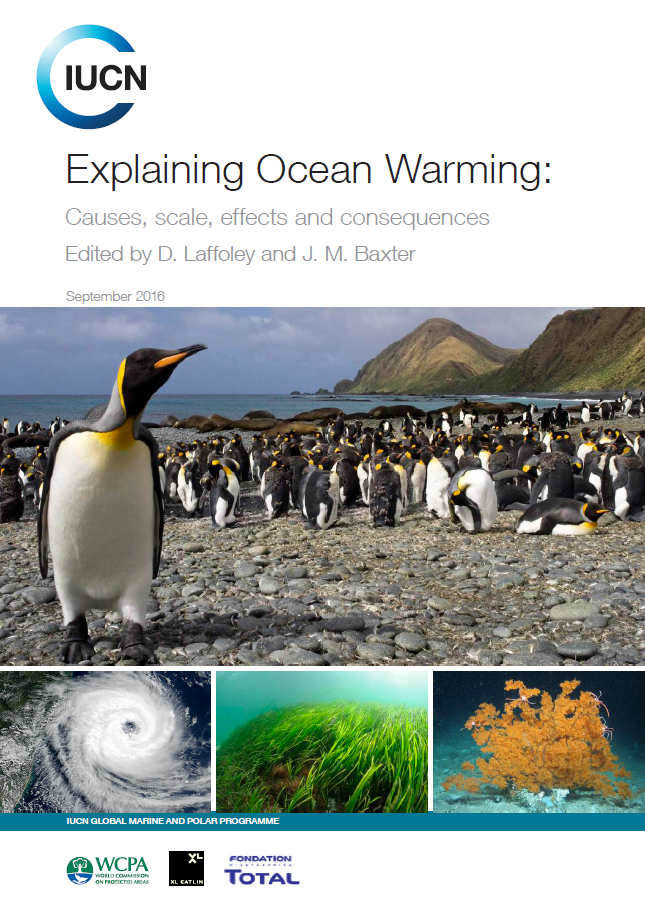 The rising temperature of our oceans is the “greatest hidden challenge of our generation” – the resounding statement from Ocean Warming: causes, scale, effects and consequences, a new report published by the International Union for the Conservation of Nature (IUCN) involving the work of 80 scientists from a dozen countries, including two from Plymouth’s Sir Alister Hardy Foundation for Ocean Science (SAHFOS).

Professor Philip Reid, a SAHFOS Senior Research Fellow, wrote Chapter One ‘to set the scene’ of what we’re facing with ocean warming. He highlighted that our oceans have absorbed more than 93% of the extra heat produced from climate change since the 1970s:

“By absorbing a disproportionate amount of heat from global warming and by taking up the rapidly increasing emissions of carbon dioxide, the ocean has shielded the world from even more rapid changes in climate. However, the extent to which it can continue to do so in the near and distant future is far from clear.”

To help visualise it, consider that if the same amount of heat absorbed by the upper 2 km of the ocean had gone into the atmosphere, the Earth’s surface would have warmed by 36°C in the past century, rather than 1°C.

SAHFOS’s Chief Scientist, Professor Martin Edwards has explored the impacts and effects of ocean warming on plankton. And it’s here, the base of the marine food web that has felt the largest impact:

“Due to their sensitivity to change, some of the most convincing evidence for the biological response to climate change in the ocean comes from phytoplankton and zooplankton communities.”

Extensive changes in plankton ecosystems globally over the last 50 years including production, biodiversity and species distribution have had effects on fisheries production as well as making its way up the marine food chain.

There has been a poleward shift in the distribution of many plankton and fish species globally. There has been a northerly movement of some warmer water plankton by 10° latitude in the north-east Atlantic and a similar retreat of colder water plankton northwards. The report also showed that marine-related tropical diseases and harmful algal blooms are spreading to colder regions for the first time.

The report is targeted at international policy makers and is timely following the Paris Climate Change deal agreed at COP21, even more so with the US and China joining those ratifying the agreement at the G20 Summit last weekend. It’s hoped the report will draw attention to the urgency of others formally consenting to this agreement. Currently just 26 of the 180 countries originally signing the deal last December have since ratified it – under half of the 55 needed to bring it into force.