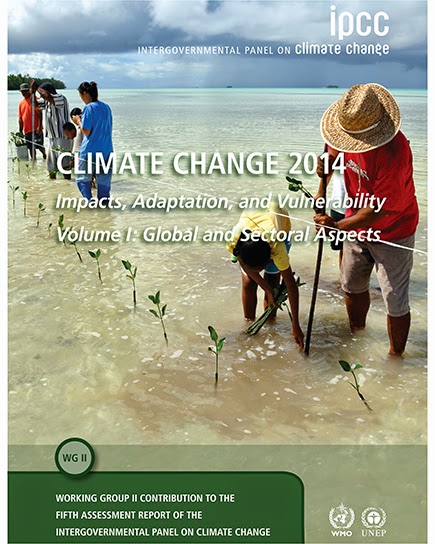 Members of the Intergovernmental Panel on Climate Change (IPCC) Working Group II published their first update in seven years on the scale of impacts, adaptations and vulnerabilities to climate change.

SAHFOS scientist Professor Martin Edwards and SAHFOS research fellow Professor Gregory Beaugrand contributed to the latest IPCC report 'Change 2014: Impacts, Adaptation, and Vulnerability' on Ocean Systems. They are among the world-leading researchers in the field who have contributed to the Working Group II report.

Specifically Professors Martin Edwards and Gregory Beaugrand contributed to information on marine biogeographical and phenological changes as well as global Harmful Algal Blooms. They showed that there have been substantial changes in the movement of marine organisms northward over the last 50 years.

The focus of this second IPCC report lies on the effects that climate change has on the ecosystems of our planet, as well as on how humans, animals and plants can adapt and for the first time oceans had a chapter of their own. The report highlights that the observed impacts of climate change are already apparent, widespread and substantial. 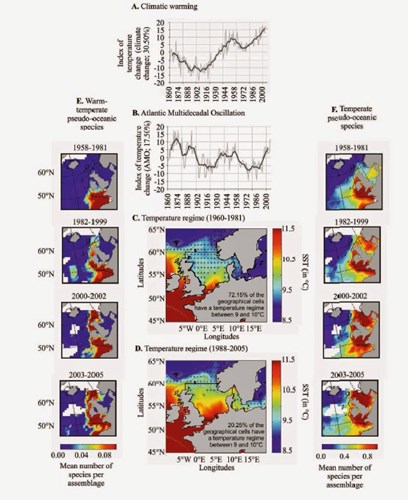