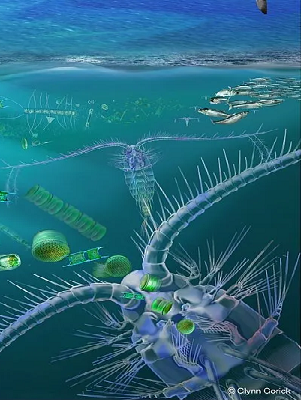 Scientists have discovered that the heating up of the North Atlantic is causing plankton to shift and change in abundance, indicating a threat to the earth’s climate. 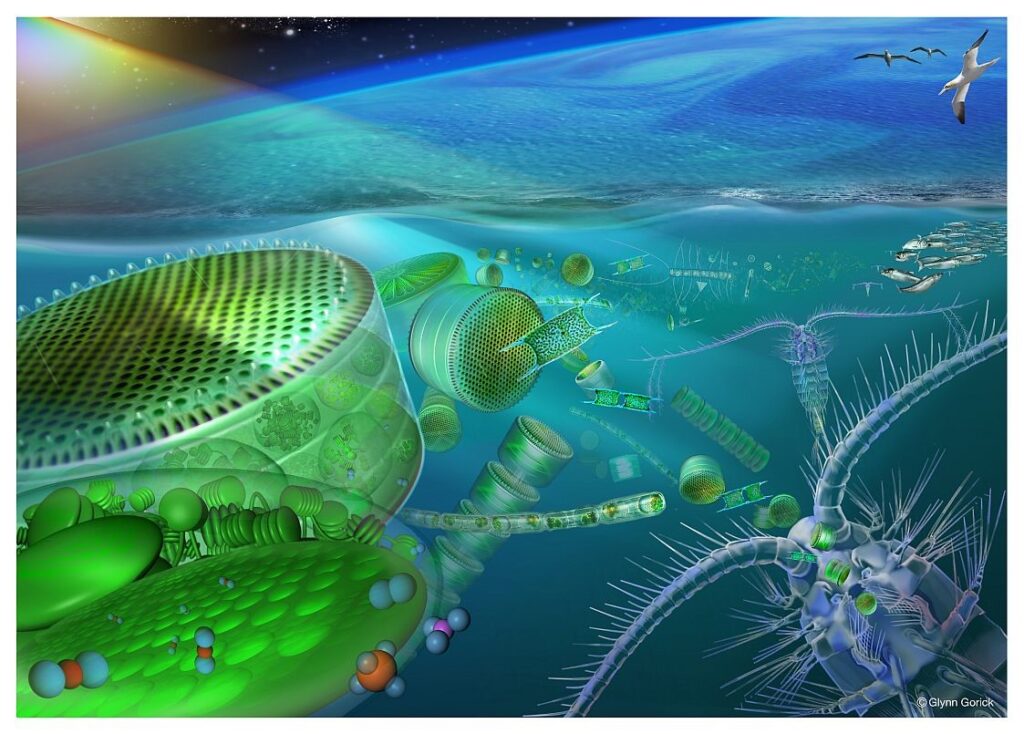 As the North Atlantic is heating up, scientists are seeing changes in plankton abundance, which could be detrimental to the health of the ocean.

Data including in situ chemical measurements and biological observations from the CPR Survey were gathered from 1982 to 2020. The data agreed with predictions that within the subpolar regions of the North Atlantic, the abundance of diatoms (a type of plankton) is increasing, while there is a decrease observed in the subtropics. 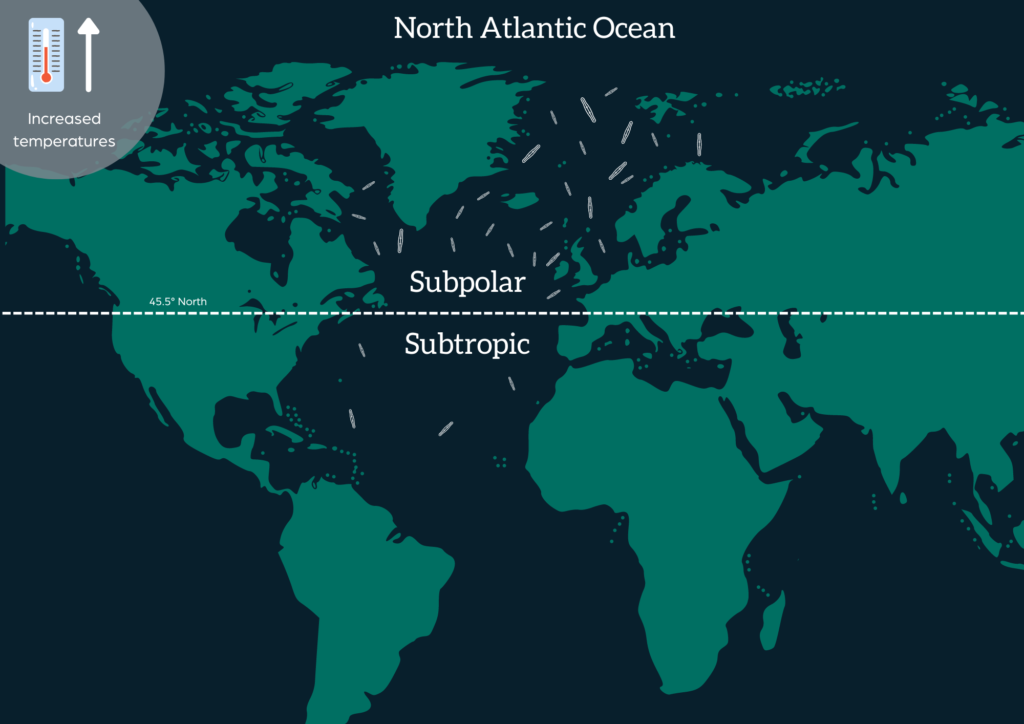 Scientists have found an increase in diatoms abundance in the subpolar North Atlantic and a decrease in the subtropic. The schematic above demonstrates this change in abundance (plankton depicted by small oblong shapes).

The researchers have shown that these predicted changes are already occurring and the ocean carbon sink (the absorption of more carbon than it releases) is being impacted. This could have a knock-on effect on the global carbon cycle and the regulation of the earth’s climate.

The data suggest that if ocean temperatures continue to rise and changes in plankton mixing and abundance continues, global declines of plankton productivity could occur and have a long term impact on our entire ocean ecosystem.

Dr Clare Ostle said: “Here we have shown the importance of the planktonic composition and how changes in abundance are influencing the exchange of carbon. We have been able to show that the modelled predictions for changes in ocean productivity with continued global warming are occurring already, and that this will likely have further implications for carbon exchange and the earth’s climate in the future.” 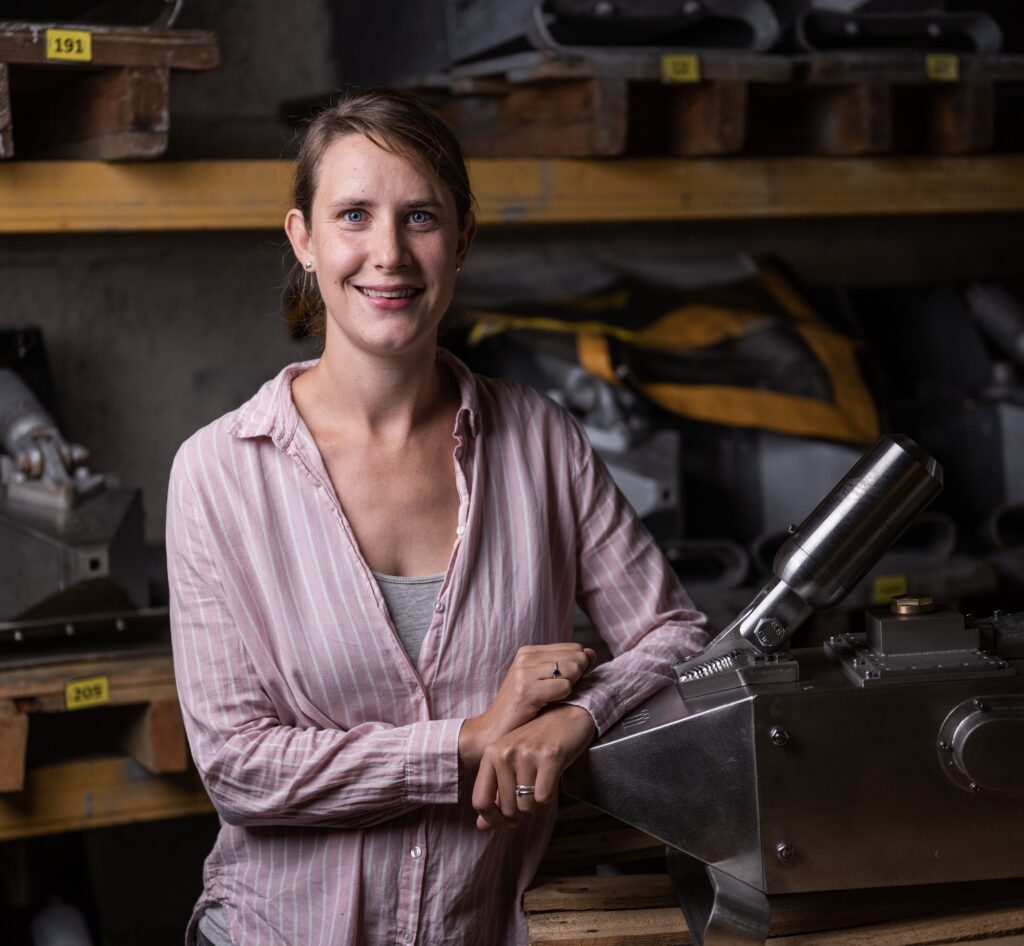 Professor Carol Robinson, one of the study’s authors based at the Centre for Ocean and Atmospheric Sciences (COAS) at the University of East Anglia (UEA), said: “This unique study brought together plankton data collected with the CPR and CO2 data collated by colleagues at UEA as part of SOCAT, to show how the role of plankton in the ocean carbon sink is affected by increasing global temperatures. These results show just how vital it is to collect scientific data over many decades through international partnerships across the globe. Without these types of collaboration, we could not have discerned the gradual but highly significant impacts of climate change seen in this study”.

The CPR Survey operated by the MBA is the longest running and most geographically extensive marine survey in the world.

This survey reached its milestone 90th Anniversary in 2021, has helped shape scientific understanding about the health of our ocean, and how marine life is changing in response to pressures like climate change.

The surface ocean CO2 Atlas (SOCAT, www.socat.info) is a publicly available dataset including more than 33.7 million observations collected since 1957. SOCAT, which celebrated its 10th anniversary in 2017, underpins biogeochemical and climate research to inform policy.

Multidecadal changes in biology influence the variability of the North Atlantic carbon sink is available to read in IOP Science.